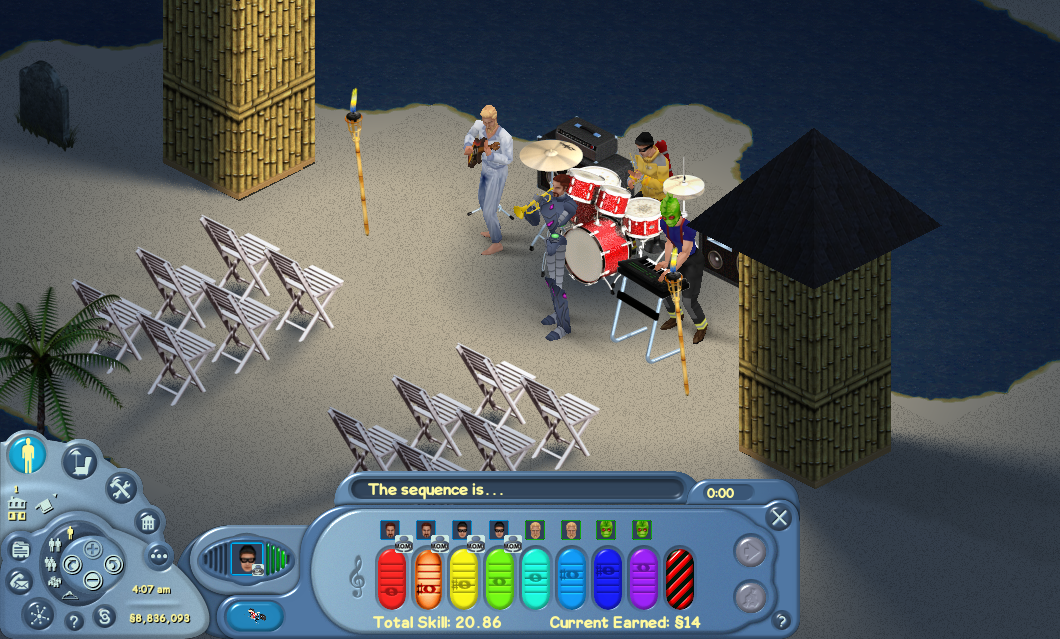 Here are a ton of uncompressed shots from the game. Click any of them to see them full size! 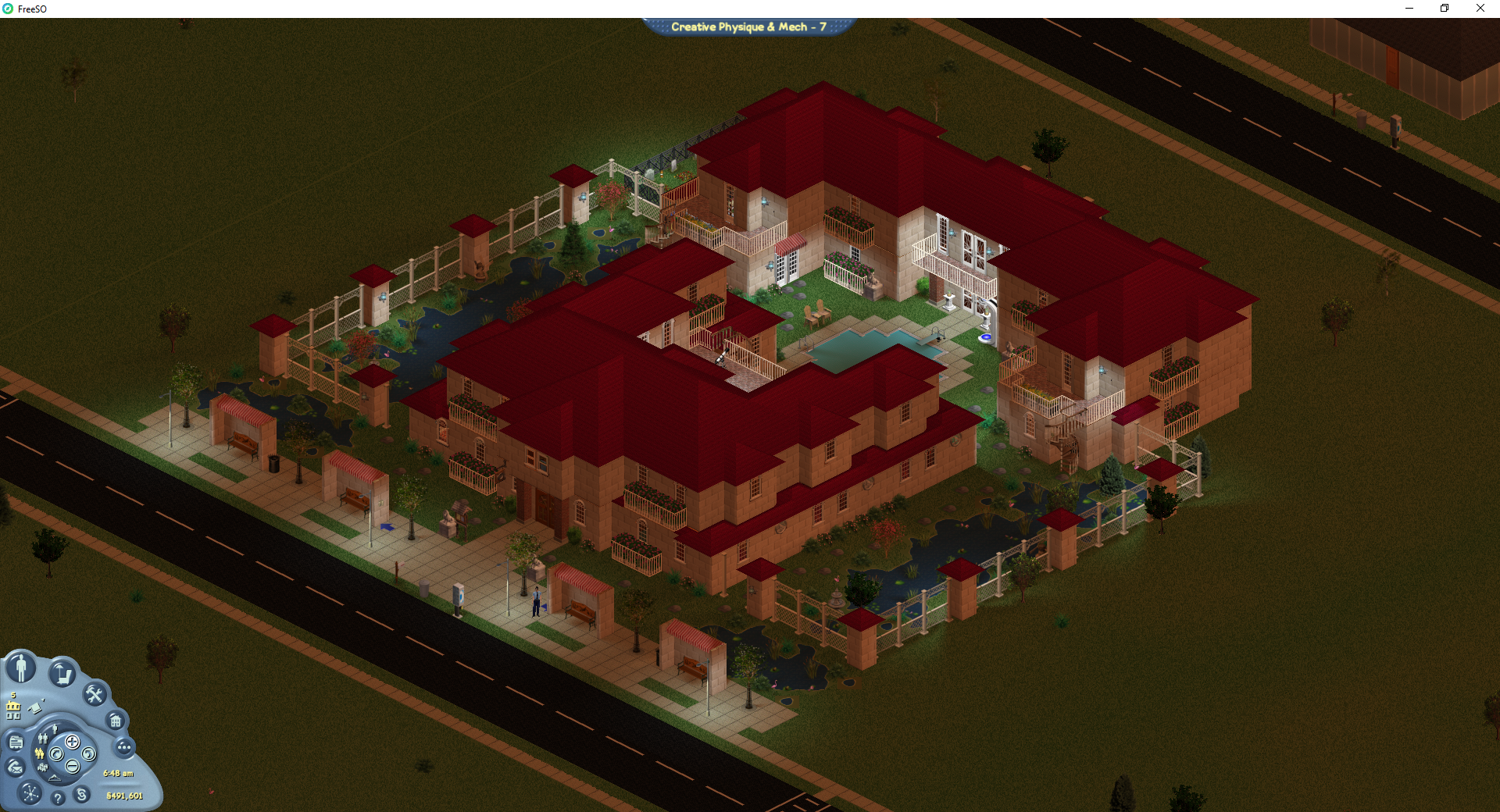 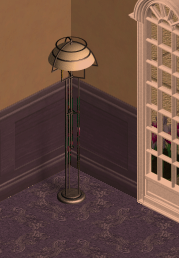 All of these lots can be found in Sunrise Crater, and were designed when their owners didn’t even know they would look like this! The more complex or natural the lighting setup, the better the result. One adverse affect of this is that I now only obsessively play the game at night… but subtle lighting and shadows benefit the game during the day as well, as they apply to window lights.

There will be a development post detailing the process this lighting uses and how it was developed following this one, perhaps after more core features are implemented. Additionally, you are able to enable/disable this lighting, and any other FSO enhancements in order to improve performance or reduce RAM usage. If your hardware could run the previous version of the game but not this one (DX9.3 target instead of DX9.1), you can disable the lighting to continue playing as you have before.

However! This is not the only change present in this update. Additional core features have been implemented, as well as invaluable new plugins from our latest contributor The Architect.

The Friendship Web introduces core functionality that was sorely missing from the Relationships system – the ability to summarise and search through all your relationships (and snoop through others!). In TSO, you may remember this interface being more of a gimmick feature rather than something useful, mainly thanks to its unorthodox design. To simplify all of our lives, this has been replaced with a searchable, sortable list of all of the relationships you have present. Typical sort modes are available alongside more useful ones, such as “Almost-Friends”, so you can find your next target for getting you that promotion at the Robot Factory… 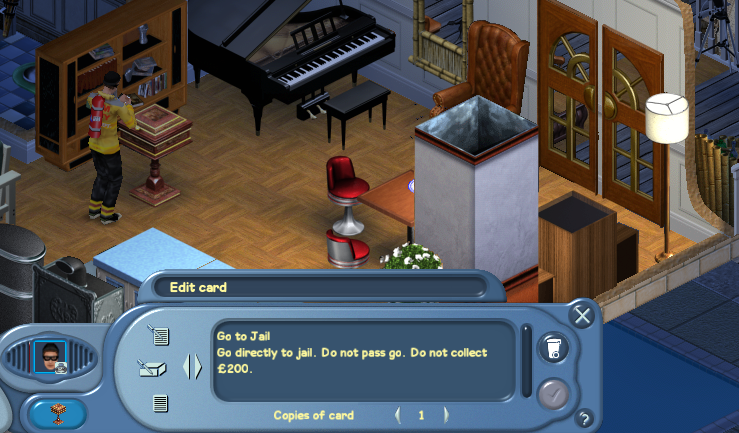 Over the past few weeks, The Architect has been working diligently on various “plugins” – the interfaces and servers that most of the TSO exclusive objects utilise to drive complex functionality. Since our last blog post, he has implemented the Slot Machines and the Costume Trunk object plugins.

In this update, he has contributed the plugin for the Band group money object, making the creativity skill actually useful for making the big money, a special fun minigame, and two plugins for games and offbeat lots. The first is the timer plugin, which currently lets players run stopwatches or countdowns in sim time. The second is incredibly complex – the Draw-a-Card plugin lets players define a deck of cards, and then draw cards from it on demand. The last is the “War Game” mingame, which I’ll leave as a sort of surprise. You’ll be able to check these out for yourselves ingame!

Here’s a list of everything we’re bringing with the new update:

We’ve noticed a few trends in the gameplay that are worth investigating or experimenting to change. Players have very minimal downtime from skilling or making money, so they are encouraged to continue doing it forever. While these users may enjoy the variety of social experiences possible in TSO, they are encouraged to forego them to , or keep their skills up. Store lots are definitely essential and make a lot of money, but disallow their owner from enjoying the social aspect of the game. Additionally, there is a staleness where people are all running the same solo jobs or skills, because it is more convenient (eg. charisma is a very useful skill), or consistently pay higher.

While the introduction of core features will restore some sanity to skill balance (eg. object wear, nightclub job, Maze group object), we would like to experiment with new features to bring even more life into the game than was there in the first place. To help combat these issues, we will be introducing dynamic payout re-balancing for solo job objects, additional benefits for more obscure lot types, and more complex systems yet to be announced.  Stay tuned. 😉

Hope you enjoy playing with the changes!
Rhys.

15 thoughts on “May 15th Update: Brighten your Monday!”