As many of you have already noticed, the Halloween season has already begun with trick-or-treating from door to door and zombie summoning, as well as sneaky SURPRISE zombies! At Sunrise Crater Town Hall, a mysterious traveling merchant has set up a prize booth. He claims to have rare items that he has collected from around the world to trade for candy (and he’ll need a dentist soon, because you guys are very skilled at collecting lots of candy.) He can also tell you about different ways to acquire candy, and has three new items for you to purchase!

Souls on the Loose

Rumor on the streets of Sunrise Crater is that a rather frightening yet noteworthy character is passing through town to see their favorite band on tour! Death in the flesh (well, minus the flesh) accompanied by an incompetent yet seemingly knowledgeable intern is reported to have been seen at the Sunrise Crater Town Hall. However, it appears that there’s a bit of a mess in need of being sorted out. The Grim Reaper’s hefty Jar of Immortal Souls was clumsily dropped and shattered, allowing a flock of rampant souls to escape and hide throughout Sunrise Crater’s many neighborhoods!

Over the course of Saturday (October 30), Sunday (October 31), and Monday (November 1), a series of daily scavenger hunts will take place and your riddle solving abilities will be put to the test. You will need to decode daily sets of clues in order to locate the souls. Each day, the first daily clue will be sent to you as a message via your in-game mailbox. Successfully locating souls will unlock the next clue with a total of 9 per day. After you’ve collected all souls for the day, the Grim Reaper will be waiting for you to hand them over. Expect repayment in the form of various and bountiful offerings.

Don’t miss out, and put some work into decoding those clues before it’s too late!

Many years ago, in Journey’s End, an Asylum was closed immediately due to the rapid spread of a deadly disease. The residents were left behind as a measure of quarantine. Try as they might to survive, they weren’t able to get out because doors are locked with secret codes. Lacking food and basic necessities while they were trapped, they eventually perished, and now haunt the Asylum forever.

The spirits are so angry about their demise, they’ve placed traps throughout the facility, in hopes to keep you there forever. A few even manifest a physical presence in order to activate some of the traps.

If you think you can survive the Haunted Escape Asylum, the spirits will be waiting for you.

There are a few items left lying around the Asylum that could give you a bit of respite along your journey, but they will be little comfort to you. Comfort and luxury are not on the menu here. Should you choose to enter this place, beware! You may not make it out with your sanity, thus making you another member of the Haunted Asylum. Taking the easy way, will not necessarily be beneficial, you could find yourself in more danger this way. Should you actually manage to escape, legend has it that the spirits store their valuables in the Dining Hall just as you leave. Will you be able to Escape? 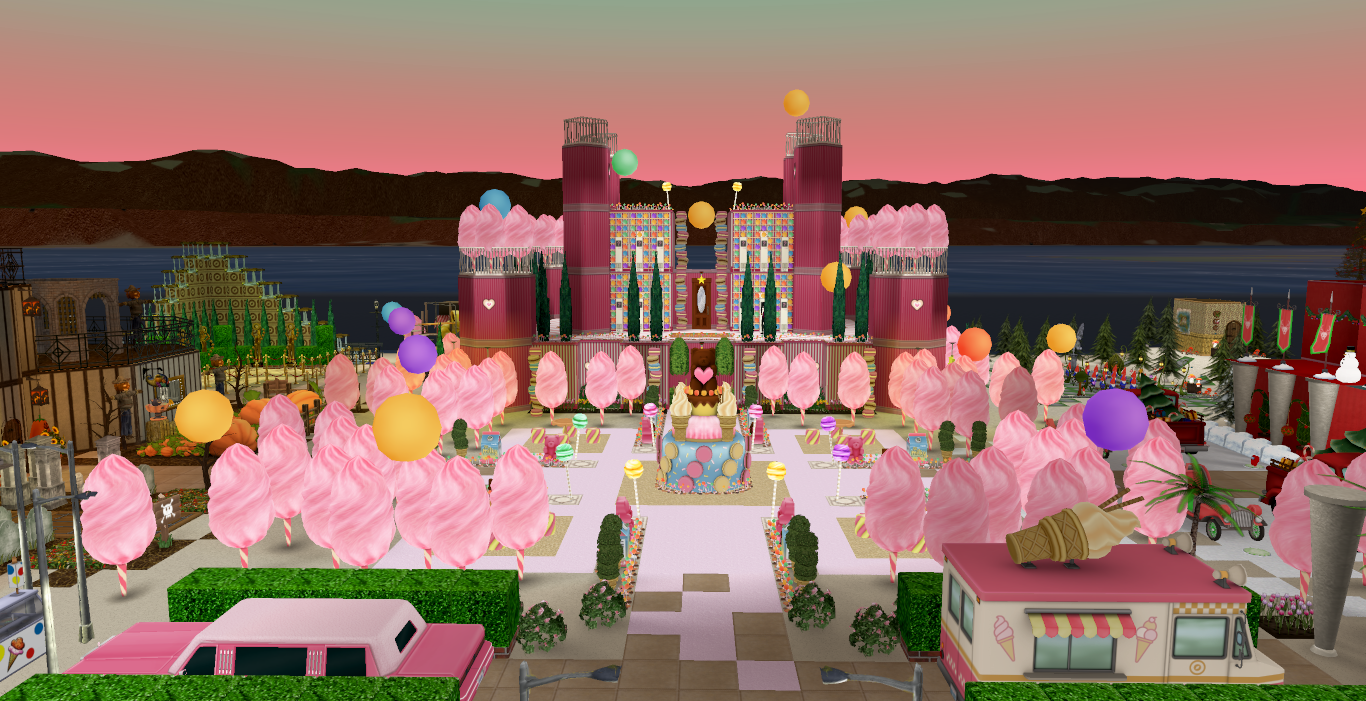 As stated in the last emergency alert, our weather forecast radar has been detecting signs of a potential monsoon with waves of strong winds, heavy rainfall, and thunder and lightning. This is an expected phenomenon which can occur with the change of season. However, this time our team of experts found some unusual signs that have never been recorded before. The rain water seems to have a higher level of fructose, making it heavier, stickier, and sweeter than your average rain. The winds are also carrying some sort of pink-ish powder that is creating the effect of a pink smog permeating the skies.

We hope you all had enough time to prepare and ready yourselves for the storm’s strongest impact. Please stay calm, take a deep breath, and have a toothbrush on hand at all times. Have some self control, and try not to bite!

If you do find yourself unable to resist the temptation, you might end up face to face with the brand new addition to FreeSO seasonal shenanigans, the Lucky ‘Gumball’ Machine!

The machine is available exclusively at Fructose Monsoon, our brand new event lot, but how does it work? Each gumball includes 1 mystery item from the 12-pack 2021 Summer Collection and a special bonus item for the price of only 800 Simoleons. What a steal! Come over and get yourself a box or… more! Please be assured that this machine will never go out of stock, but your wallet may!

It looks like the storm will be lasting until the end of October, so you’ve got plenty of time to make the most of it. Until then, enjoy yourselves, and maybe triple the frequency of your dentist appointments. 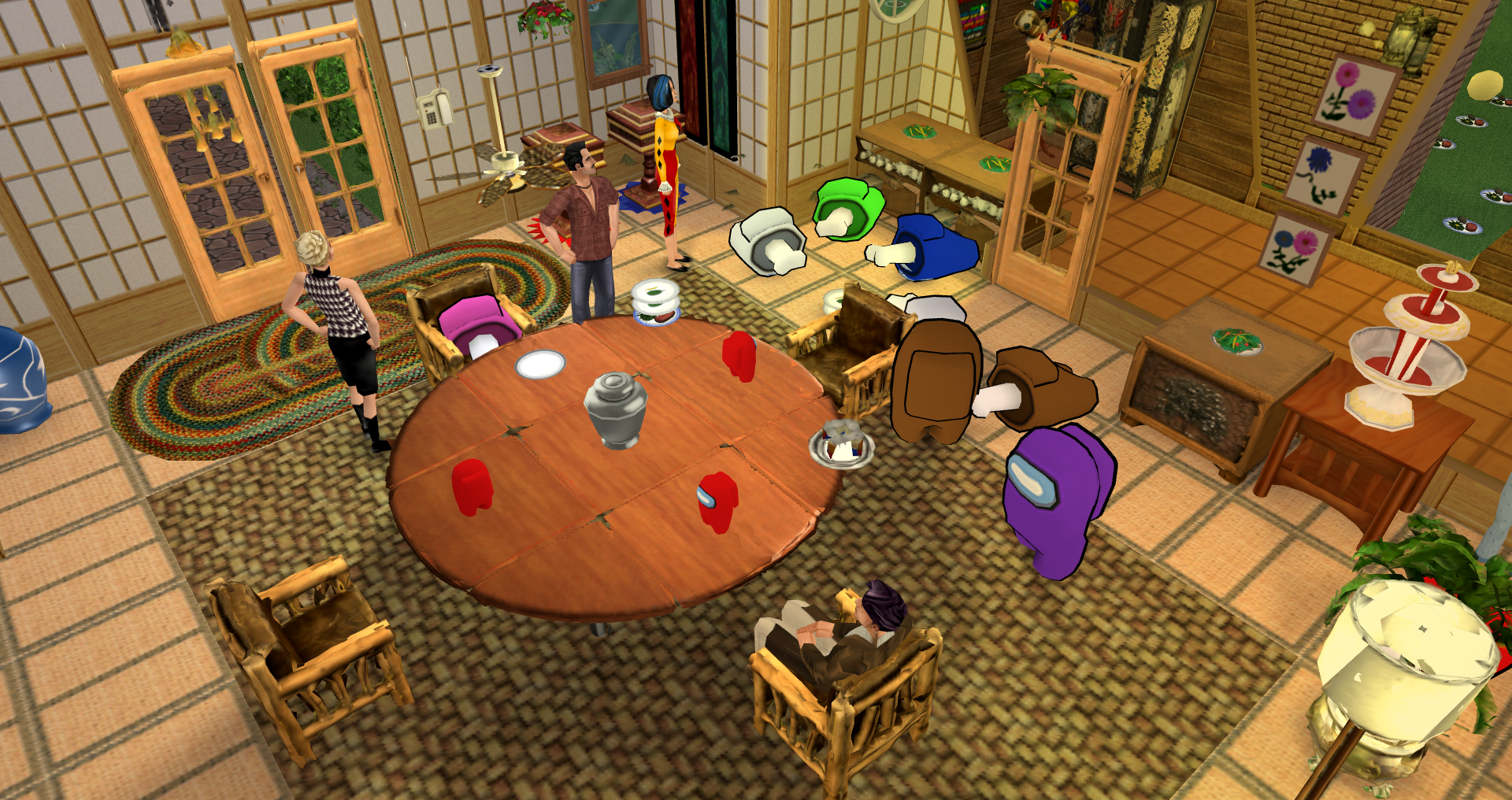 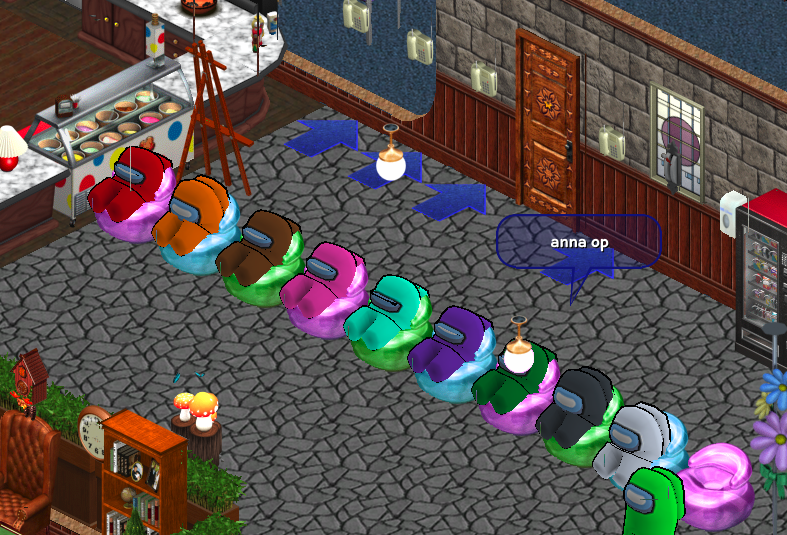 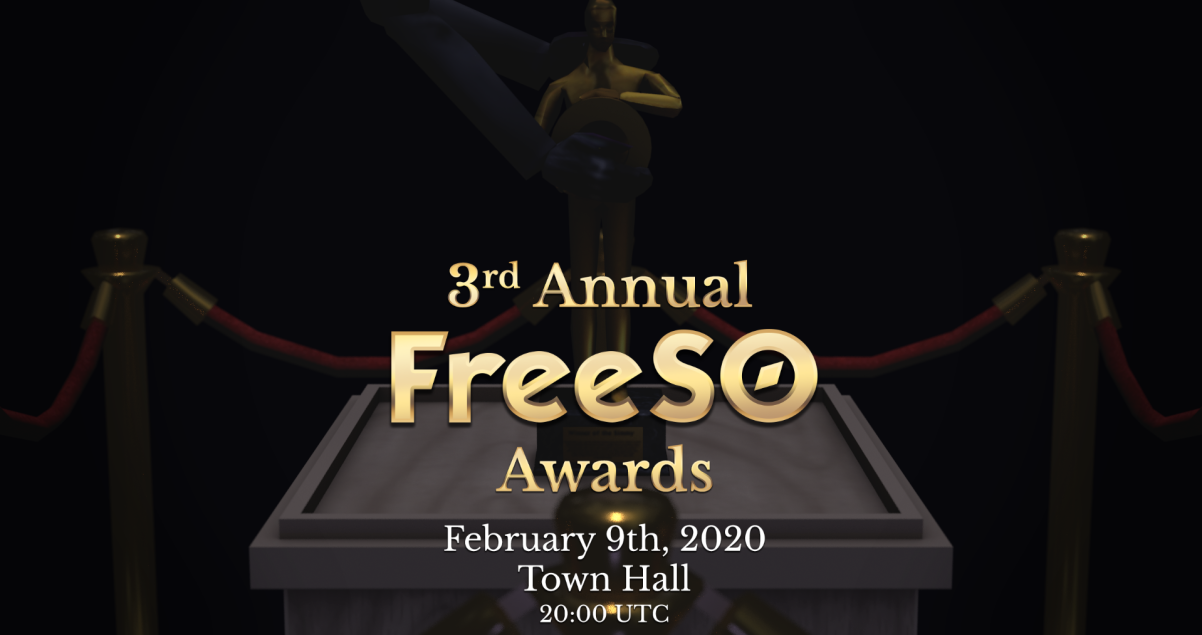